The church in Osieki was built about 1400. Originally it was a wooden structure. After a fire in 1728, only the foundations of the church tower survived. The oldest historical parts of the church are the 14th century baptismal font and the Baroque altar – the most beautiful part of the church. The underground of the sacral building holds a family tomb of the Von Krockow clan. The village of Osieki is the oldest village in the district, as it was founded about the year 1284. 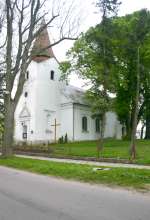 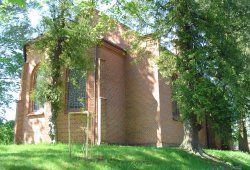 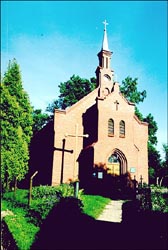 The church in Zwartowo was erected on a small hill in 1889 and was built in a neo-gothic style. At one point it was the seat of an Evangelist parish and was taken over by the Catholics in 1945. Beautiful, modern stained glass windows can be viewed in the church. 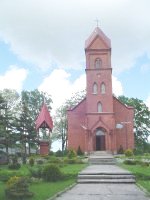